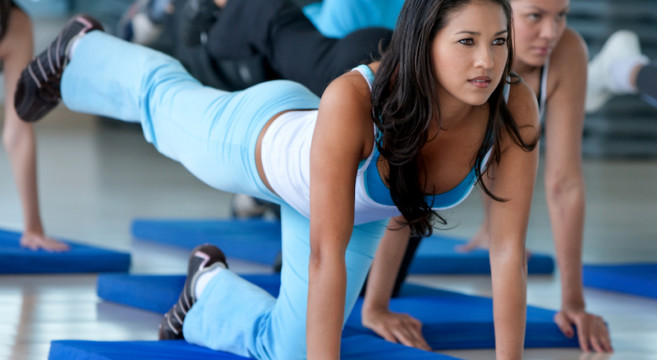 Off with Cellulite without a scalpel

The problem a majority of women faces on a daily basis is nothing more than overgrown fat cells that result in micro-swelling. A sedentary lifestyle, little physical activity, an imbalanced diet or hormonal changes are the main culprits behind the creation of this so called „orange peel” skin. It can be fought, however, through adhering to the rules of healthy eating.

How does „orange peel” skin come to be?
„Orange peel” appears when adipocytes, or fat cells, grow in size. Such a growth can lead to pressure being placed on surrounding structures and the creation of micro-swelling. The situation can be further agitated when surrounding blood vessels are not „hermetic”, which may cause tissue fluid to leak from them, creating further swelling and inflammation.

Why does it happen?
The main reasons lie in hormonal changes, and these can happen as early as puberty. Estrogens, because they are the main culprit, are hormones which facilitate the creation and retention of fats. Adipocytes, or fat cells, resemble a sort of balloon filled with water. The more water we add, the more it stretches, and in the case mentioned here, its possibilities are virtually limitless. An adipocyte can increase its size over 60 times! Unfortunately the filler here is not water, it’s fat. In the skin, cells are packed together quite tightly, so the growth of a part of them can lead to added pressure paced on others and a minor inflammation. When the cells expand significantly, they become clearly viable in the form of a distinctive clump. Estrogens are also characterized by their ability to slightly enlarge the diameter of blood vessels, which can also facilitate swelling. This is clearly visible in in the period of the menstrual cycle when the level of these main female hormones is highest, and a woman usually feels swollen and bloated. Te problem is further escalated by the most common places for fat deposits on a woman’s body being the areas around the hips, thighs and buttocks, and that’s why these places are the most at danger when it comes to cellulite.

Hormones aren’t everything
Even if our influence on hormone levels is minimal – apart from orally taken birth control, all the other factors that facilitate the creation of cellulite can be easily kept at bay. First, physical activity. This makes fighting excessive fat accumulation easier and keeps the size of adipocytes within a healthy boundary. The recommended forms of activity include swimming, which additionally wires like a micromassage and helps cool the skin, jogging, nordic walking, long walks. The often criticized gym can also prove beneficial. The body of a woman differs form that of a man, and muscles don’t grow in size to such a degree, so there is no risk of increased stress coming from their larger volume. What happens, however is an improvement in blood circulation, both within the muscle and its surrounding. This helps channel away metabolites more efficiently. Working muscles also help efficiently channel lymph, which greatly reduces the risk of cellulite.

What else?
For example, your clothes. If they’re too tight, they restrict circulation which in turn leads to biota lymph and water based swelling and thus cellulite. Excessive temperatures are also a risk factor. Excessive exposure to the sun, solar beds also lead to this unwanted burden.
A healthy diet is one of the most effective ways of dealing with „orange peel”. High consumption of salts, animal fats, processed foods, artificial food additives, monosaccharides, irregular meals and deep frying all contribute to the formation of cellulite.

What food can help?

First, omega-3 acids, found in fish or linseed oil, work preventatively by lowering the risk of fat tissue deposits and make blood vessels „hermetic”, and they can also contribute to the fight with an already existing problem, as they themselves help get rid of unwanted pounds. Linoleic acid found in dairy products is another powerful weapon. It has the unusual property of not only making fat cells smaller, but also causing them to disappear altogether! It is also good to remember hot spices, which ameliorate microcirculation, rutin, found in, for example, oranges, which improves the flexibility of blood vessels, or cinnamon, which widens said vessels, improving the delivery of nutrients and expulsion of metabolites.

Wellness
A few treatments should be taken into account here. First, lymphatic drain, which resembles a kind of massage and dramatically improves lymph circulation. Cryotherapy sessions also positively influence cellular metabolism and are anti-inflammatory. Using hot and cold water interchangeably exercises the circulatory system and facilitates the removal of metabolites from tissues. Special creams and slimming and firming lotions that contain caffeine, tea extract, rutin or chestnut extract increase the elasticity of blood vessels and reduce the activity of alpha receptors.

Some advice
The very first thing to do is to balance your diet, dividing it into a dozen or so small meals. Eat unprocessed or lightly processed foods, large amounts of vegetables, fish, healthy fats. Introduce diverse forms of physical activity. Avoid smoking tobacco and drinking too much coffee. Don’t go overboard with exposure to the sun, and as often as possible, wear flat heals and loosely fitting clothes. Drink a lot of water and green tea, form time to time make use of a few wellness treatments, regularly moisturize your skin and – finally– avoid stress!